Review of Netflix show How to Build a Sex Room 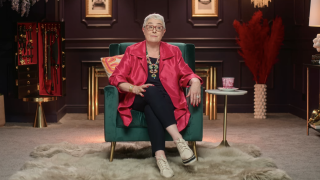 In the Netflix real estate porn show How to Build a Sex Room, the perfectly named star Melanie Rose  is more like Dr. Ruth than Dan Savage.  She's an utterly unintimidating woman of a certain age (57, which makes her the exact same age as Savage, but she comes across as older) who takes absolute delight in normalizing sexy times.  She finds various people who for some reason are happy to share their sex lives with the whole world but don't want their neighbors to know.  With long-suffering contractor Mike (last name unknown), she builds them sex rooms designed to their particular taste.  Most of them cry when they see how well she gets them.

I'm not a connoisseur of home makeover shows.  I'm generally aware that the beneficiaries of the TV producers' largesse often complain that the construction was shoddily done and raised their taxes to a rate they can't afford.  So I was relieved that most of the work to create sex rooms was cosmetic rather than structural.

Nevertheless, I am very concerned about what is going to happen to most of these rooms a couple weeks after the filming ends.  There's one couple with so little control over their home that they've moved their toddler son's bed into their own bedroom because they built a trampoline in his bedroom and can't figure out how to get it outside.  They now have a "secret" sex room in their basement, hidden behind a revolving bookshelf.  The idea that their son won't quickly discover it is absurd.  It struck me that the couple would be better served by one of those nanny reality shows, or perhaps by the contractor moving the trampoline outside for them, than by a sex room they are unlikely to be able to find the time to use.  I expect that ten or so years from now it's where the son will go with his friends to smoke pot.

And, let's be realistic -- who is going to clean these rooms?   All the penis wall hooks will need dusting, and the sheets need changing.  The van couple never had sex in their van because it was too much trouble for them to pull out their bed.  Are they really going to start bringing pillows and floggers and feathers up the roof of the van so they can have comfortable sex under the stars?  For the sex rooms in houses, how long will it be before they are used to store Grandma's china that she doesn't want but can't bear to see thrown away?  Or for the farm couple to actually start using their sex shed built in the middle of a field as the Airbnb the neighbors claim to believe it is? What happens when it's time to sell the house?

Despite all this, I found the show to be charming.  I often had a smile on my face at the banter between Melanie and Mike (although their simulated sex in front of Mike's adult son was  . . . ew).  And, if a TV show came and offered to give me a nice new room with great furniture plus a bunch of free vibrators (those things are expensive!) -- well, isn't that the stuff that fantasies are made of? 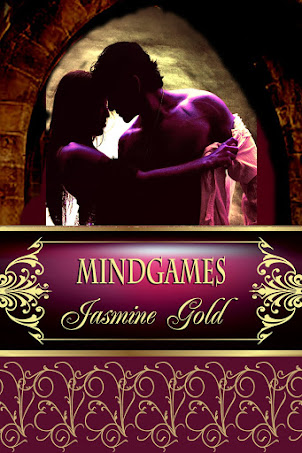